Beta Delta Chapter of Sigma Chi Fraternity was founded in 1906 by the efforts of our initial charter members and sponsor Prof. Frederick Scheuch. As a result, Sigma Chi is almost as old as the University of Montana (founded in 1889) and has become deeply rooted in the academic, social and athletic experience.

Initially occupying a house at 340 University Avenue which burned down, the chapter relocated to 1110 Gerald Avenue in 1933. “The House”, as it is called, was built in the early 1900s for John M. Keith, a Missoula banker, and is listed on the National Register of Historic Places. It boasts a “Prairie Style” architecture made popular by Frank Lloyd Wright.

Beta Delta Chapter has given dearly to the war effort. The Library walls are graced with the pictures of 24 brothers who gave their lives in World War II (more than any other chapter of any fraternity in the country). Others followed in the Korean and Vietnam Wars. 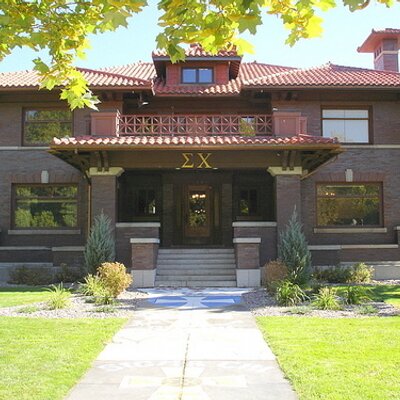